Early 2021, Greater Indiana Clean Cities, Inc. launched their new Drive Electric Indiana Program, a statewide project led by Greater Indiana, an independent non-profit advancing alternative, domestic fueled transportation, and energy efficient technologies across all sectors in Indiana. The program brings together partners from across the state to align their efforts in the goal of preparing our infrastructure, cities, schools, and businesses for the electrification of transportation in Indiana.

One of the program’s many goals and objectives is to work with municipalities on fleet analysis and help them transition to alternative fuel vehicles. The Greater Indiana Law Enforcement Hybridization/Electrification Project is one of the efforts under the program. The project now represents over 40 central and northern Indiana police departments and law enforcement activities in rural Indiana, supporting new fleets and replacing aged equipment in existing fleets.

These departments have teamed up with Greater Indiana and the Drive Electric Indiana program to evaluate electric and hybrid police vehicles to reduce fuel and maintenance costs, enhance uptime, and 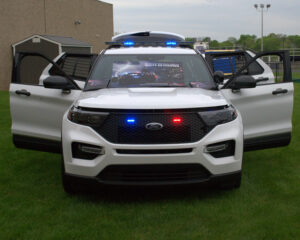 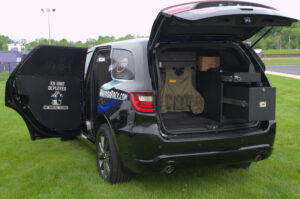 “As both a Deputy Marshal of Orestes and a School Resource Officer at Muncie Community Schools, I have the privilege to be a valued part of some decision-making processes at these departments. Since I am the grant writer for these agencies, I am in a unique position where I can help reach our departmental goals of helping our communities. One way in which we can do that is by pursuing more electrification in our departments. Muncie has been trying to “go green” in multiple areas for years, and Orestes has started to show interest. When I mentioned there may be an opportunity to get hybrid or electric vehicles, both departments jumped at the opportunity and decided to fully back my project.” -David Vest, Deputy Marshal of Orestes and School Resource Officer at Muncie Community Schools.

The team organized a Ride and Drive Education event for the participating departments and a dozen other departments interested in learning more about electric and hybrid police vehicles. Departments from different counties from all over Indiana came to the event. The event included traditional Law Enforcement Officer product vendors, static vehicle exhibits from Ford and Tesla, and some drivable demo vehicles from Ford and Tesla. 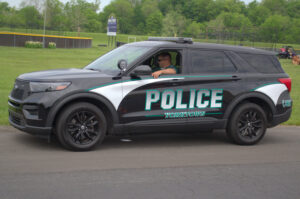 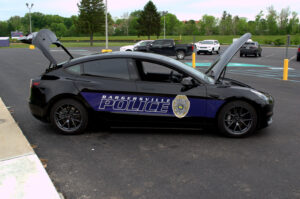 The Bargersville Police Department unveiled its first all-electric patrol vehicle in August 2019, making it one of the first police forces in the United States to use the Tesla Model 3 as a squad car. Since then, the department has added three more Tesla Model 3 vehicles to its fleet.

The department found that in the first year of service, the Tesla Model 3 patrol vehicle saved the department $6,320 in fuel and maintenance costs.

Find out more about the savings and emissions reductions the Bargersville Police Department saw with the introduction of the electric vehicles into their patrol fleet in the case study In Pursuit of Savings: How an Indiana Town is shifting to electric cars to save money.

Benefits of EVs and HEVS: 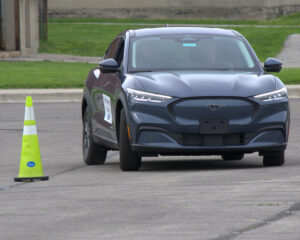 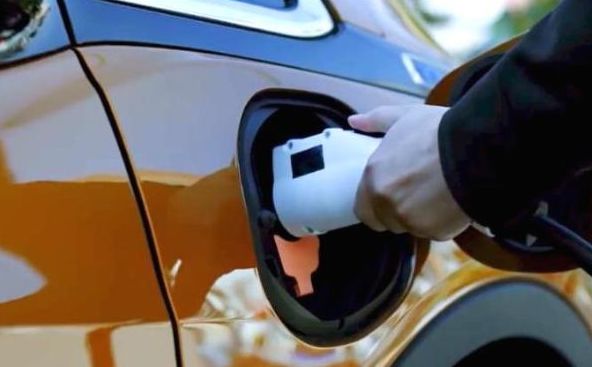 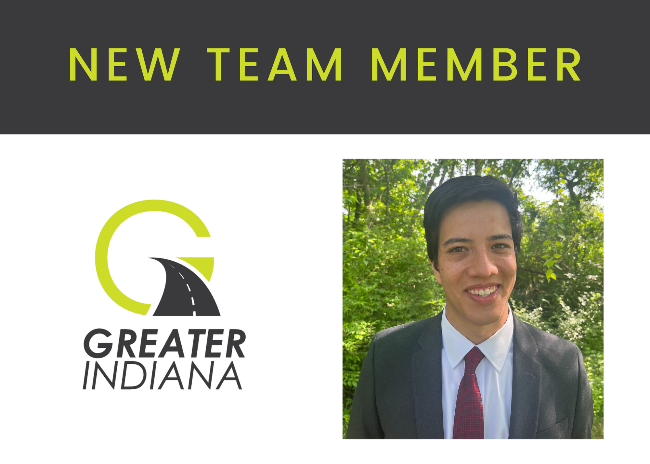 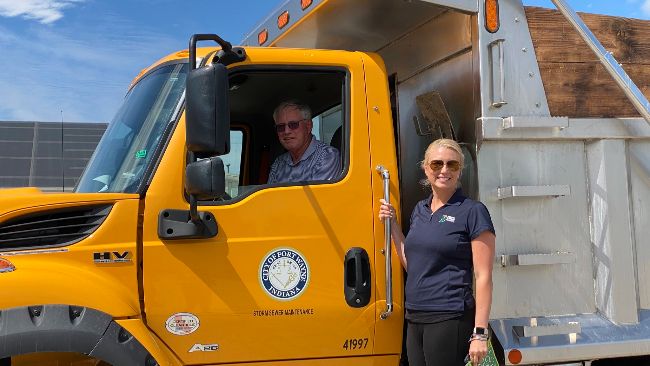